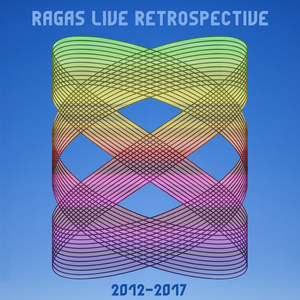 Ragas Live Festival is an epic 24-hour, 24-set event featuring over 60 world-class musicians.  A celebration of what The New York Times calls “the Raga Renaissance, flowering ...

Roughly meaning “to color the mind,” India’s classical music is unique in that its modes are only meant to be played at certain times of day; the music harmonizes not only with the other instruments but also with the moods associated with, for example, sunrise or midnight. Inspired by this unique system, a community of 50 musicians descended upon radio station WKCR-FM in 2012 to bring listeners worldwide on a 24-hour journey of sound.  Now in its seventh year, Ragas Live Festival brings this harmonizing, immersive experience to Pioneer Works.

“Music is a unifying force, bringing together people from all walks of life regardless of race, gender, religion or any other boundary. Ragas Live represents the universality of music, and spreads a positive spirit to listeners around the world”. - Artistic Director, Arun Ramamurthy

With an open door policy to musicians who would perform live, David had been hosting shows on WKCR 89.9 FM-NY for over a decade when some greatest Indian classical musicians such as Shahid Parvez and Vishwa Mohan Bhatt started streaming in.  In 2012, a young Turkish student at the station, Ahmet Ali Arslan, took note and proposed a 24 hour live broadcast. Though the budget only covered chai and samosas, the diverse and burgeoning community of Indian Classical Musicians in NYC rallied around the concept.   The shared vision was “Unity, Harmony and Community,” and the idea was a 24 set broadcast that both conformed to the raga samay time cycle and reflected the music’s current innovations. These innovations have led to what is now has been recognized as a “Raga Renaissance”.

In the ensuing years, Ragas Live Festival grew to have an international impact, expanding the audience of raga and gaining dedicated listeners all over the globe.

In 2016, after numerous requests from listeners and performers, the festival took an inevitable giant leap. With the support of The Rubin Museum of Art and Brooklyn Raga Massive,  they brought broadcast out of the radio studio and in front of a live audience in the stunning location, Pioneer Works.  The 50,000 square foot space, with banks of windows to allow the audience experience the changes in light along with changes in raga, and the manicured outdoor area with hills and trees for breaks was the perfect match.

Entering it’s 7th year, the Ragas Live Festival has grown to become an annual event that unites, electrifies and expands the audience of raga. It is the sole event of it’s kind (even in India).  The live broadcasts reach audiences through the terrestrial radio station, WKCR 89.9 FM-NY, are streamed on www.wckr.org and podcast on NYC Radio Live.  Highlights have been re-broadcast by partner stations in Switzerland,  Radio LoRa Zurich 97.5FM, WCR FM – Wolverhampton England and Radio Al Farouk in Timbuktu, Mali.

Ragas Live Festival is produced by NYC Radio Live, Brooklyn Raga Massive and Pioneer Works with the support of the Rubin Museum of Art.

Indian Classical Music is uniquely time specific, a system called Raga Samay.  The founder of the Ragas Live Festival, David Ellenbogen, explains how this system became the galvanizing concept behind the event: “With the Raga Samay system, the music harmonizes with the essence of each time of day.  Certain modes will only be played at sunrise to capture that particular feeling while others may be reserved to match the essence of deep night.  All 24 sets of the festival honor this time system to create a larger immersive experience. This vision brings our artistic community together and inspires the music to new heights. We share this experience, in the moment, with a live audience, on the radio, and around the world.”

This year, the festival takes place October 6th, 5 PM to October 7, 5 PM at Pioneer Works.  It is produced by Brooklyn Raga Massive, Pioneer Works and  the podcast NYC Radio Live, which is releasing an equally epic compilation, Ragas Live Retrospective, chronicling its most riveting sets and fundamental artists (release: September 18, 2018).  Listeners can also tune in to  WKCR 89.9 FM-NY, stream at www.wkcr.org and catch up later on the NYC Radio Live podcast.)

The 2018 lineup feels as startling and thrilling as the first rays of sunrise, juxtaposing classical masters and fearless innovators. The festival will host the world premiere of Ritual Ensemble of Harvard with Vijay Iyer, Yosvany Terry, Ganavya and Rajna Swaminathan;  symphonic explorations from the 20+ members of the Go:Organic Orchestra with Brooklyn Raga Massive;  The Arun Ramamurthy Trio and the Coltrane Raga Tribute will show how jazz and classical forms can intertwine and inform one another. Boundary crossing collaborations include dulcimer virtuoso Max ZT and tabla innovator Karsh Kale, a 14th-century Sufi music chamber ensemble (Falsa), a raga-infused chamber project (Trina Basu and Amali Premawardhana’s Karavika), and a  Bulgarian trio (Bulgarian Voices)  collaborating with a Carnatic (South Indian) choir (Navatman). Classical lights include sets by Partha Bose and Flute Raman, Samarth Nagarkar, Steve Gorn, and Jay Gandhi.

Notable video artist Nitin Mukul will be curating the visual element of the experience. The essence of his video pieces, created from melting ice and abstract paintings will intersect with each raga’s specific characteristics and their relationship to the time of day.

The festival began seven years ago, when a community of more than 50 musicians performed at the the WKCR 89.9 FM-NY studio with the intention of bringing New York City and listeners around the world through a 24-set, 24-hour cycle of sound. The broadcast blossomed into an annual event. Since its inception in 2011, it has been attracting attention in India, expanding the audience of Indian classical music in New York City and documenting what the New York Times would later declare a “A Raga Renaissance Flowering in Brooklyn.”  (The Wall Street Journal and New Yorker  would also note the “Raga Renaissance” underway in NYC)

In 2016 the Ragas Live Festival leaped from the studio and now broadcasts in front of rapt live audiences. The city that never sleeps will have the rare chance to experience all the shades of this age-old musical system, be it in the sweeping perfection of rigorously trained classical performers or in the paradigm-shaking exploration of contemporary expression.

Artistic director Sameer Gupta says,  “Putting out a digital 24-track album with over 15 hours of music is ambitious. Unlike the short songs one typically finds on their digital streaming stations, Indian Classical Ragas are meant to be a longer immersive journey; a journey with a purpose. With this album release fans will get closer to the essence of what makes Indian Classical music powerful, as well as why Ragas Live Festival is a unique and transformative experience.”

Ellenbogen feels the Ragas Live Retrospective will be an important document for those seeking to understand the ‘Raga Renaissance.’ “There is an inclusive spirit which fuels the creativity behind this musical movement in New York City. On the album, you’ll hear African/Indian collaborations, centuries old Carnatic compositions performed with jazz instrumentation and large symphonic works with both sitars and bassoons in the mix. We also have very deep and moving classical performances including the first release (under his own name) by Jay Gandhi, an innovative bansuri player who is a pillar of the Brooklyn Raga Massive and an original whole tone raga composed and performed by Pt. Krishna Bhatt.”

Artistic Director Arun Ramamurthy agrees that diversity is the key to the concert experience as well.  “As curators, we honor the ragas’ connections to nature and program classical artists at the opportune times. But what makes this festival so special is that we balance classical sets with innovative raga-inspired projects that interpret traditional material in a highly creative way. This balance over the course of 24 hours allows the listener to traverse a wide spectrum of sound, going deep into traditional ragas while also experiencing more experimental interpretations and reimaginations of the Indian classical form. It’s a cathartic experience.”

“There is an incredible synergy between the artists and the audience as we journey through 24 sets of music,” notes associate producer Lauren Crump. “It is a transformative experience for all involved."

“This festival is very unique because it’s not a nostalgic or traditionalist take on what this music can be. While half of the artists are performing classical music,” says Ellenbogen, “Others are tapping into other sides of their identity and connecting with musicians across cultures and genres.”

What connects the diverse interpretations and sounds is the spirit of openness and unity, a very different approach to music making rarely found in other contexts. “This event is an exercise in suspending our understanding of boundaries of the self, a reprieve from the false notion that we are not all made of the same golden dust,” reflects Ganavya. “This way, anxiety, insecurity, and hyper-competitiveness among our own kind is replaced with a sense of community, as it was meant to be.”

"This festival started as a community effort, when over 50 of us collaborated. It's been a absolute joy to be part of the Ragas Live community over the years, honoring India's Raga Samay time cycle of sound and her deep musical roots, while nurturing the creative visions and expanding communities of now,” says Trina Basu. “It is gatherings like these that ignite the spirit of unity, love and community, bringing together artists and listeners from all over the world."

The Retrospective CD features these artists and compositions: